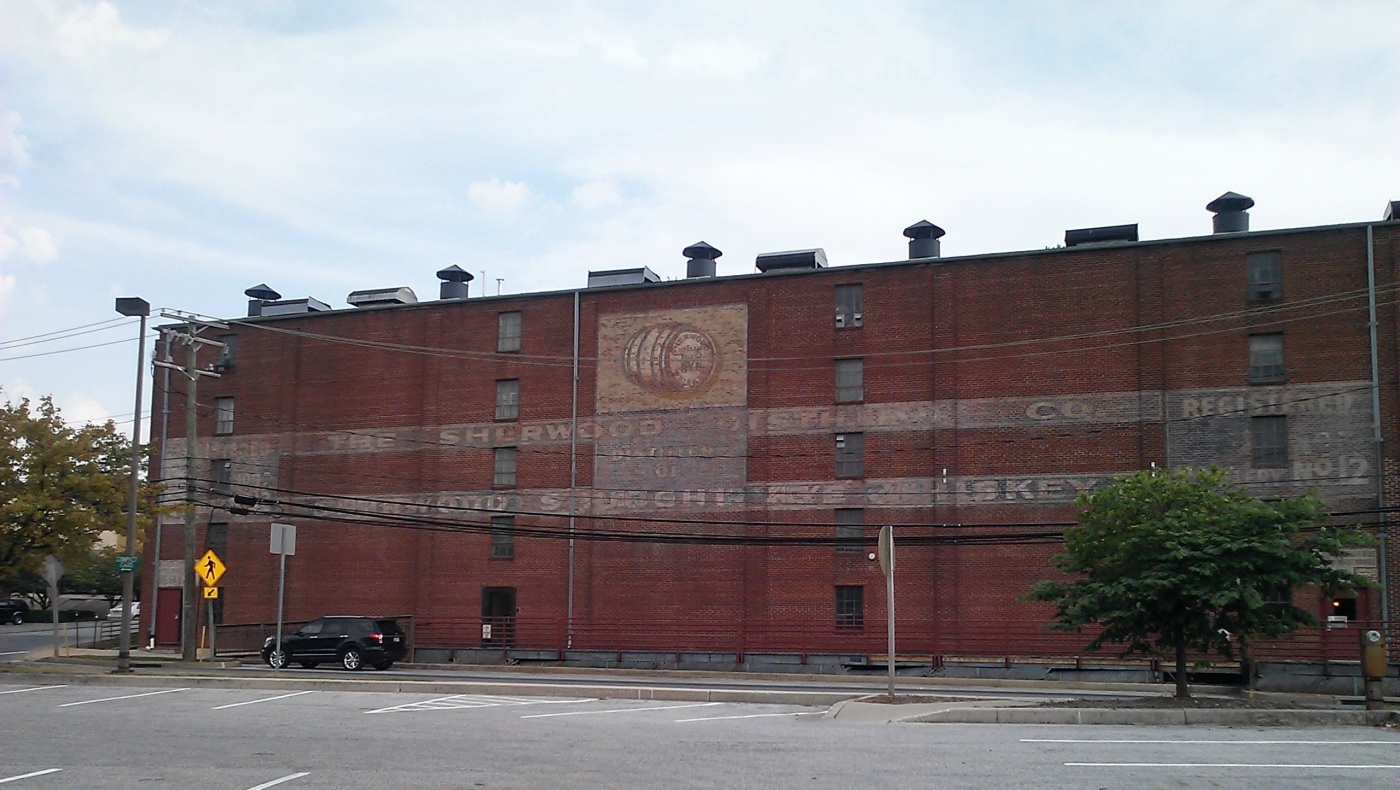 Above the faded words sits a drawing of a barrel on its side with the words “Sherwood Whiskey” on the top, and on either side of the lettering, equally as faded, declares “Registered Distillery No. 12.”

The Sherwood Distillery Company came to the Westminster area in the 1930s and produced rye whiskey, according to an article written by Historical Society of Carroll County library volunteer Mary Ann Ashcraft appearing in the Carroll Yesteryears column of the Carroll County Times.

According to Ashcraft’s column, during World War II, Sherwood temporarily halted its whiskey production to help with the war effort, producing alcohol needed for the manufacturing of ammunition.

Sherwood’s block-long structure sat in the space that once occupied the Smith-Yingling Company, a vegetable canning operation. Ashcraft cites a 1984 article by Ann T. Wisner about Sherwood’s facility, which described a distillery, a bottling plant, a bonded warehouse and a dryer house, also known as a “glass house.”

This glass house, home to Paradiso Ristorante since 1998, was the area in which the mash used in whiskey production was dried for cattle feed, according to the restaurant’s website.

Sherwood ceased operations in the late 1960s, and portions of the site were sold in the early 1970s.