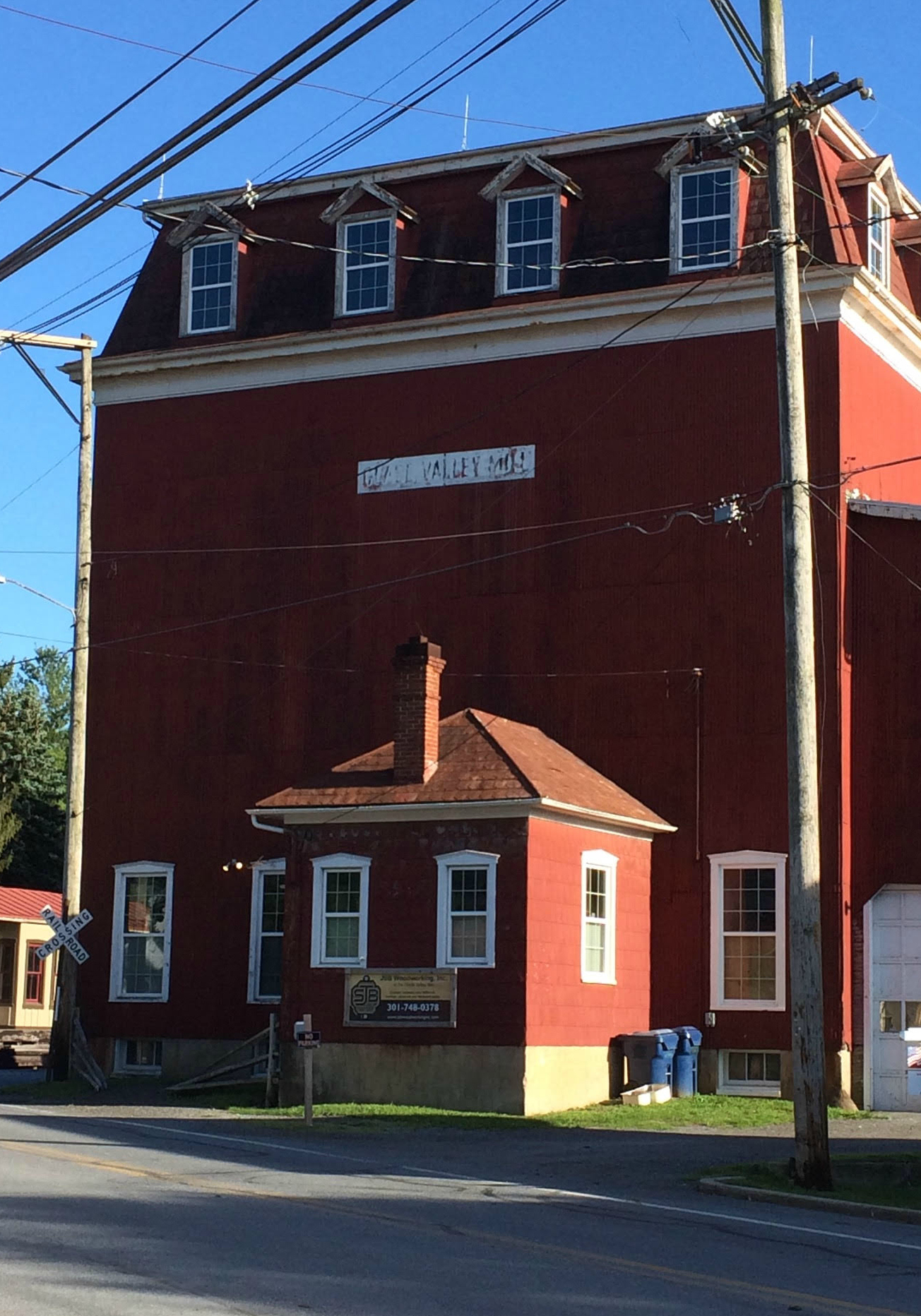 Driving along Creagerstown Road in the small town of Woodsboro, passersby can’t help but notice the imposing maroon structure once known as the Glade Valley Mill, a town fixture since the late 1800s.

The business was originally started in nearby Troutville by Daniel Saylor. In the 1890s, Anderson Etzler moved the business to be closer to the Western Maryland Railroad, according to the Maryland Historical Trust.

Around 1904, the business was taken over by the Glade Valley Milling Company, and the 2 ½-story mill structure was increased to 4 stories. The Glade Valley Mill was the only flour mill in town and, during the height of business, a cooper was employed to make barrels for the flour and meal produced there, according to the Trust.

Mill operations ceased in 1950s. In 2014, The Frederick News-Post reported that the mill was sold at auction to house a woodworker’s business.

Check out interior and exterior photos of the mill from the Maryland Historical Trust.