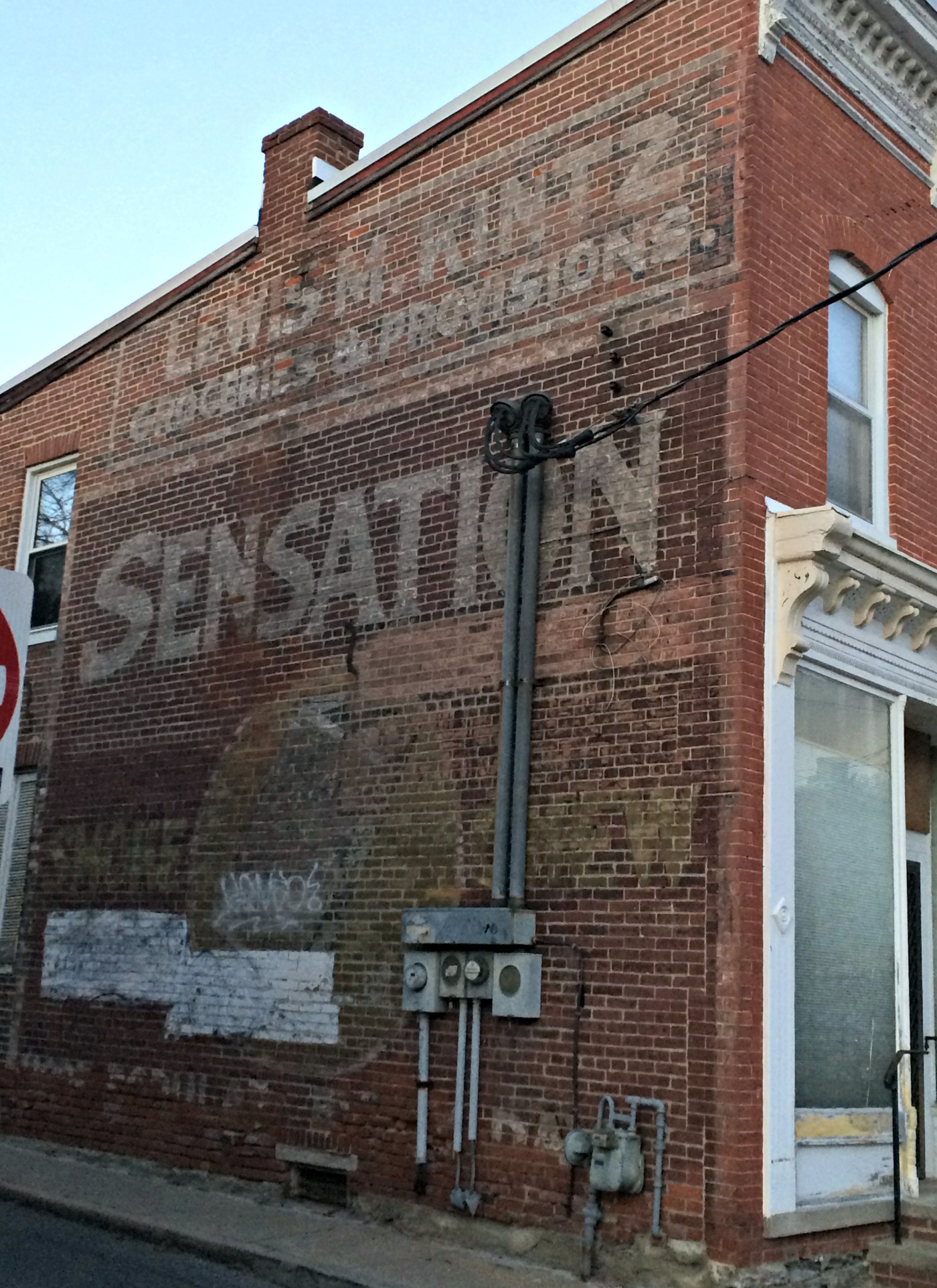 Though time and weather has faded it, the painted advertisement on the side of the building on East Fourth Street in Frederick is mostly still legible, identifying the former establishment: Lewis M. Kintz Groceries & Provisions.

Underneath is a bit more difficult to read and has been marred by graffiti, but appears to be an advertisement for tobacco as the words “smoke” and “chew” can be made out, as well as the word “Sensation.”

According to a document on the City of Frederick website, Lewis and Lulu Kintz owned the property from the late 1890s until 1922, and the sign was painted around 1900.

Among the tidbits gleaned in local newspapers, in 1908, while two brothers were throwing rocks at each other, one managed to strike and break the store’s window, according to The Frederick-News Post, arrested but the charges were dropped when the boys’ mother agreed to pay for the window.

And, a 1914 mention about a 30th wedding anniversary celebration for the couple described Lewis Kintz as “well known and respected in this city.”

U.S. Census records from 1910 and 1920 indicate the couple lived at 103 East Fourth Street, which appears to be immediately next door to the grocery building at 101 East Fourth. By 1930, they had moved one street over onto East Third Street.

The couple was married for 51 years before Lulu passed away in June 1935; Lewis died a few years later in 1939. They are both buried in Zion Lutheran Cemetery in Middletown.