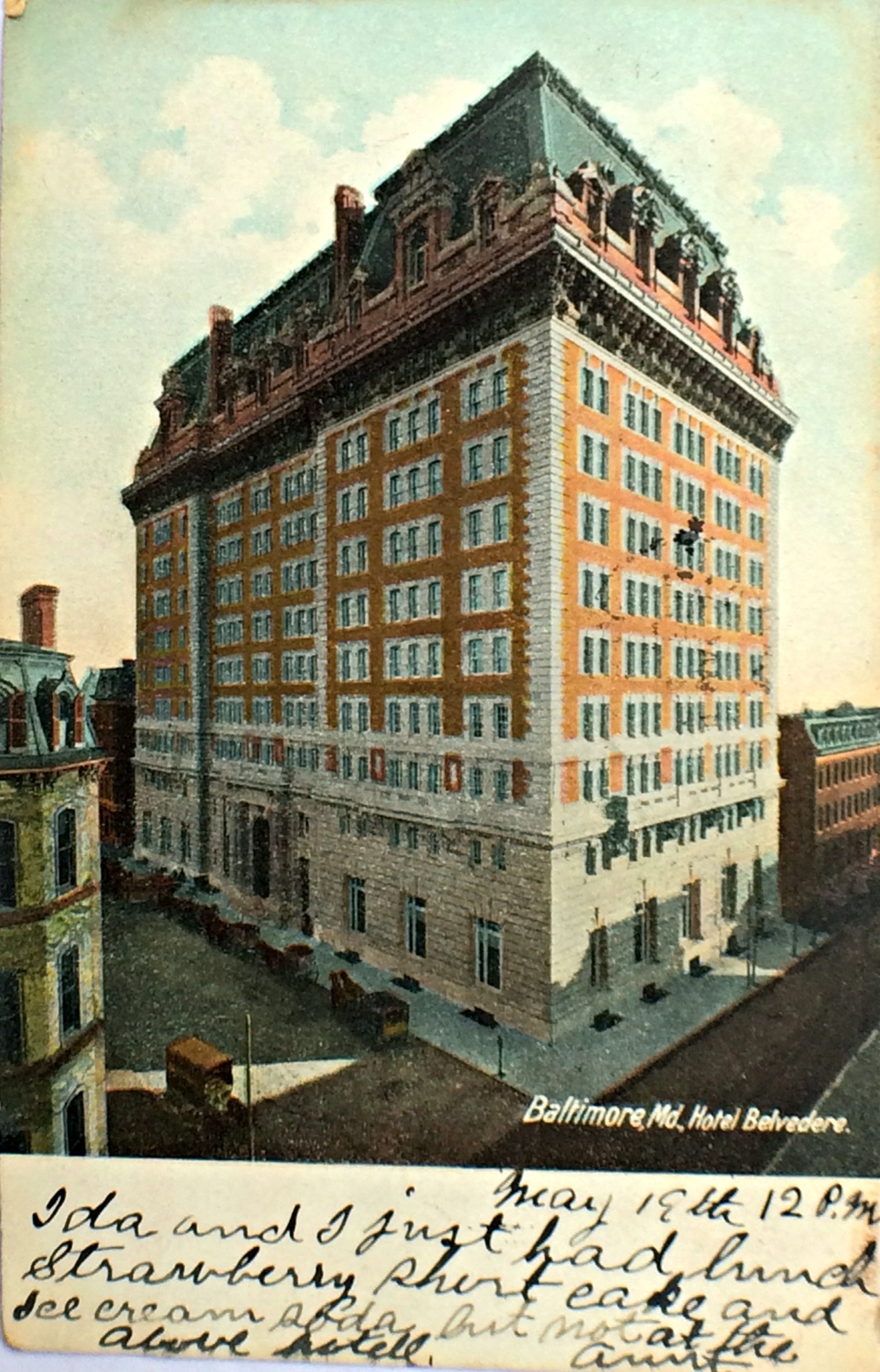 Now and then I’ll be sharing another way of getting a glimpse of the Maryland that came before us — through postcards.

Of course, I’m late to the game; there’s nothing new about collecting postcards. But just as I love finding interesting vignettes to share from yesteryear, I also have been enjoying finding unique messages on old Maryland postcards.

For me, it’s not only the beauty of the image on the postcard, but the notes that were sent with them.

Take, for example, the postcard sent to Miss A. May Adkins of Parsonsburg in May 1906 of the Hotel Belvedere in Baltimore.

“Ida and I just had lunch Strawberry shortcake and ice cream soda but not at the above hotel.”

It appears to have been signed “Aunt,” though it is difficult to read. 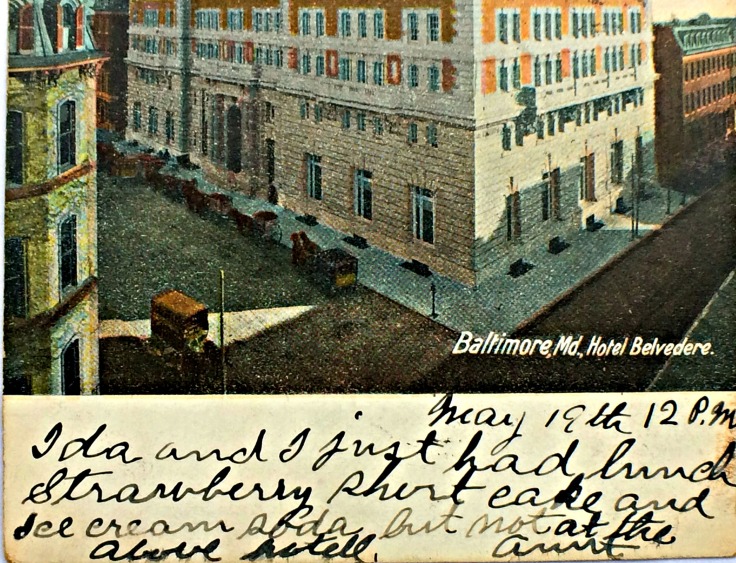 I think these little glimpses of life are the best, and the fact they had that fabulous lunch — but not at the hotel on the postcard they sent  — makes me smile.

The Hotel Belvedere was constructed on the southeast corner of Charles and Chase streets, according to a 1903 article in the Baltimore Sun. “In planning the enterprise no money has been spared to make it second to none in appointments, modern conveniences and up-to-date features in every detail,” according to the article. “In the matter of light, heat, ventilation and the latest development of high-class services the management has had the advice of experts, and the most moderns hotels of the country have been studied, with the result that their best features are embodied in the Belvedere.”

The News (Frederick) reported that the hotel was “ … a building in the modernized French Renaissance style which, with ground and furnishings, is to cost $1,750,000.”

In July 1903, the Sun reported that the hotel featured 277 bedrooms, 52 private parlors and 16 parlor alcove bedrooms in addition to lounging and reception rooms.

It opened to visitors in December 1903, according to the Sun.

Today, it appears that the Hotel Belvedere continues as a popular wedding and event venue.