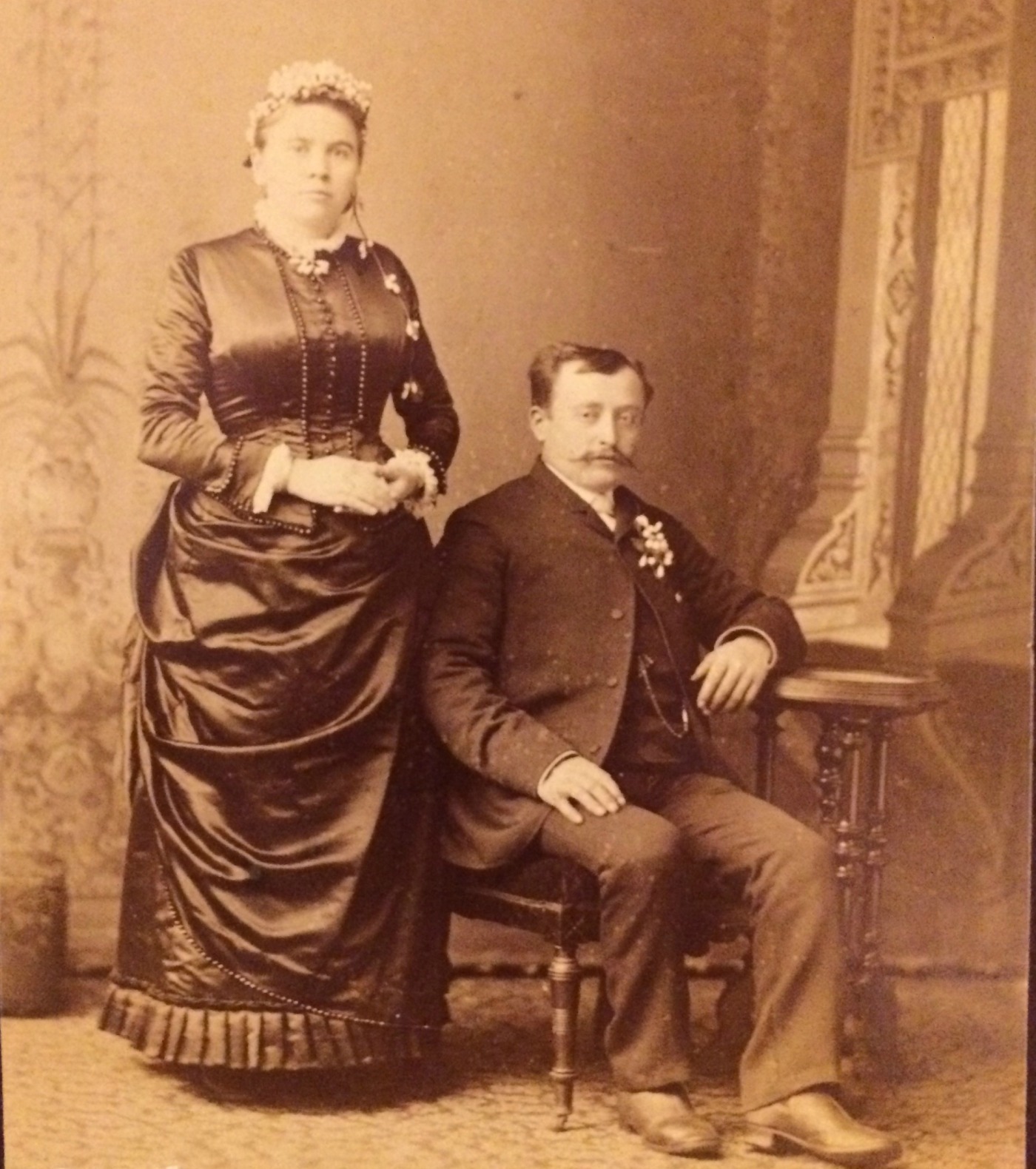 My father and I took a field trip last week. We visited Prospect Hill Cemetery in Washington, D.C., to find the grave sites of my great-great grandparents, great-grandparents and great-grand aunt, which we did successfully with the assistance of the cemetery’s very helpful superintendent.

Prospect Hill Cemetery is a historic German-American cemetery on North Capitol Street. Founded in 1858, it is the final resting place of about 14,000, and it continues to operate as a working cemetery, according to its website.

Among those interred are my great-great grandparents, Henry and Christina Bloss (though many records identify her as Christine). They came from Germany in the early 1880s and married in 1886.

Henry operated a saloon in Washington, D.C. And, in 1895, he made front page news, having had the distinction of being the first victim of “knock-out drops” in the city.

“The first successful knock-out game that has ever been practiced in this city was worked successfully yesterday afternoon on Henry Bloss, a German saloon keeper at No. 908 First street northeast,” reported the Washington Times.

On the afternoon of Friday, November 1, 1895, Henry was behind the bar “…when a well-dressed stranger, apparently about forty years of age, entered his place and ordered two small glasses of beer,” according to an article in the Washington Times. “After drinking the liquid, he went to the door and called in his two accomplices. They were fashionably attired young men, about twenty-one years of age. They each had small, downy mustaches.”

The gentlemen entered as Henry left for the barber shop, and they interacted with Christina. “The eldest of the trio could speak German and in that language asked Mrs. Bloss to have a glass of beer. At first she declined, but not wishing to offend the strangers, finally yielded and said she would drink a ‘pony.’”

The ringleader put what was later to be surmised as chloral into her drink while he diverted her attention. Christina noticed the beer tasted peculiar and grew suspicious.

“The fellows noticed that she did not finish the beer and the oldest man said to her in German ‘Drink your pony before it gets flat,’” according to the account in the Times.  She took another drink and felt dizzy. They encouraged her to drink again, but she declined. Then it appears as though the men attempted to get her to leave the bar room by asking for condiments, but she had them behind the bar.

Around this time Henry returned from the barber, and Christina went into the next room to rest. The men encouraged Henry to drink; he finally relented and poured a small glass for himself. While he was waiting on another customer, the men put the drops in Henry’s beer.

Henry also noticed his beer’s strange, bitter taste and stopped drinking, but the leader encouraged him to drink more, as he had done with Christina. According to the Times, he said to Henry: “‘Drink it all, old man. It will do you good. We have plenty of money to get more.’”

Henry did. “…[I]n a few moments his sight grew dim, his tongue became paralyzed, and he appeared to be in a trance. The German saloon-keeper tottered like a drunken man and had to hold on to the bar to keep from falling. Then everything became a blank.

“His son [my great-grandfather, who was about 8 at the time], observing his father’s condition, ran for his mother and informed her that the husband was ill. When the wife arrived the men were making their escape from the saloon.”

Henry was able to tell her that they spiked his beer and then he lost consciousness. She dragged him into the lounge as they ran away, then she checked the money drawer. They had taken anywhere from $100 and $150, roughly $3,000 to $4,500 in today’s money, according to this inflation calculator.

“When seen late last night Saloon-keeper Bloss was still suffering from the effects of the knock-out drops,” reported the Times. “It was his opinion that the fellows took a Baltimore and Ohio train after working the job. During the past few weeks the knock-out drop workers have been driven out of New York by the police, and the police of this city say they are working their way South. It is said they use chloral or the essence of strong Scotch snuff as the potion.”

Henry passed away in 1918, and Christina died a few years later in 1923. Although it wasn’t labeled, I am fairly certain that the photo above is of them, and I suspect that it’s a wedding photo. It’s fascinating to me to see the facial features that were passed down through the generations, and I feel lucky to have these connections to my family’s history.