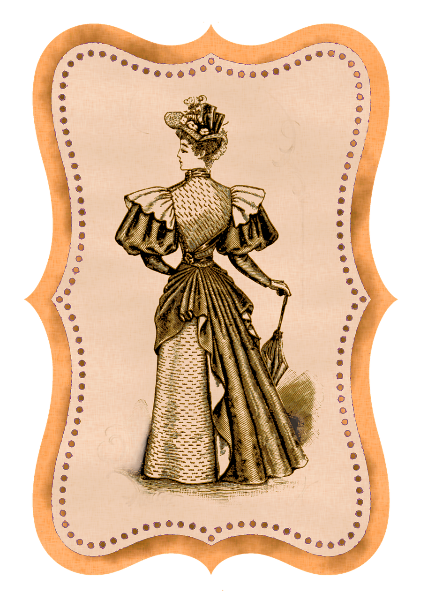 On Valentine’s Day, 1901, The Baltimore Sun reported a crime involving the theft of a silk dress — Mrs. Baker’s dress, to be precise.

The day before, the alleged perpetrator was found in Mrs. Henrietta Trippe’s boarding house at 529 North Charles Street. He was described as “[a] strange man, rather poorly dressed and with about a week’s growth of auburn beard on his face.”

He had taken “a fine silk dress belonging to Mrs. Walter Baker” from a second story room in the boarding house and was found on the first floor attempting to leave. “He darted into a room to hide, but it proved a trap,” according to the newspaper account. “The door was closed and locked and a servant went for a policeman.”

After he was arrested, he was taken to the Central Police Station. “To Lieutenant Schleigh the man gave the name of Charles Kraft, 35 years old, and pretended that he was under the influence of liquor. He was charged with the larceny of Mrs. Baker’s dress and locked up for a hearing before Justice Fechtig.”

Kraft was sentenced to a year in jail for the crime, according to the Der Deutsche Correspondent.