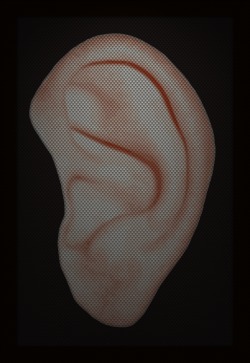 One day in February 1891, a box with a human ear showed up on a street in the village of Unionville (Frederick County).

According to a newspaper report, thoughts and fears instantly turned to murder, like a Jack the Ripper-type killer on the loose in the little settlement, located halfway between Westminster and Frederick. Luckily, that wasn’t the case.

Instead, it was a bizarre practical joke.

Resident Claude Dudderar was sent the ear, “encased in a small paste board box” from a medical student friend enrolled in a Baltimore medical school and decided to play a prank on his neighbors, according to an account in the February 25, 1891 issue of The News.

“Upon receipt … Mr. Dudperar [sic] threw it out on the street suspecting one of his friends of that village would find it and pick it up, and thereby cause a sensation, which it did on the morning it was found,” the newspaper reported.

Dudderar—and his medical student friend—had a strange sense of humor.